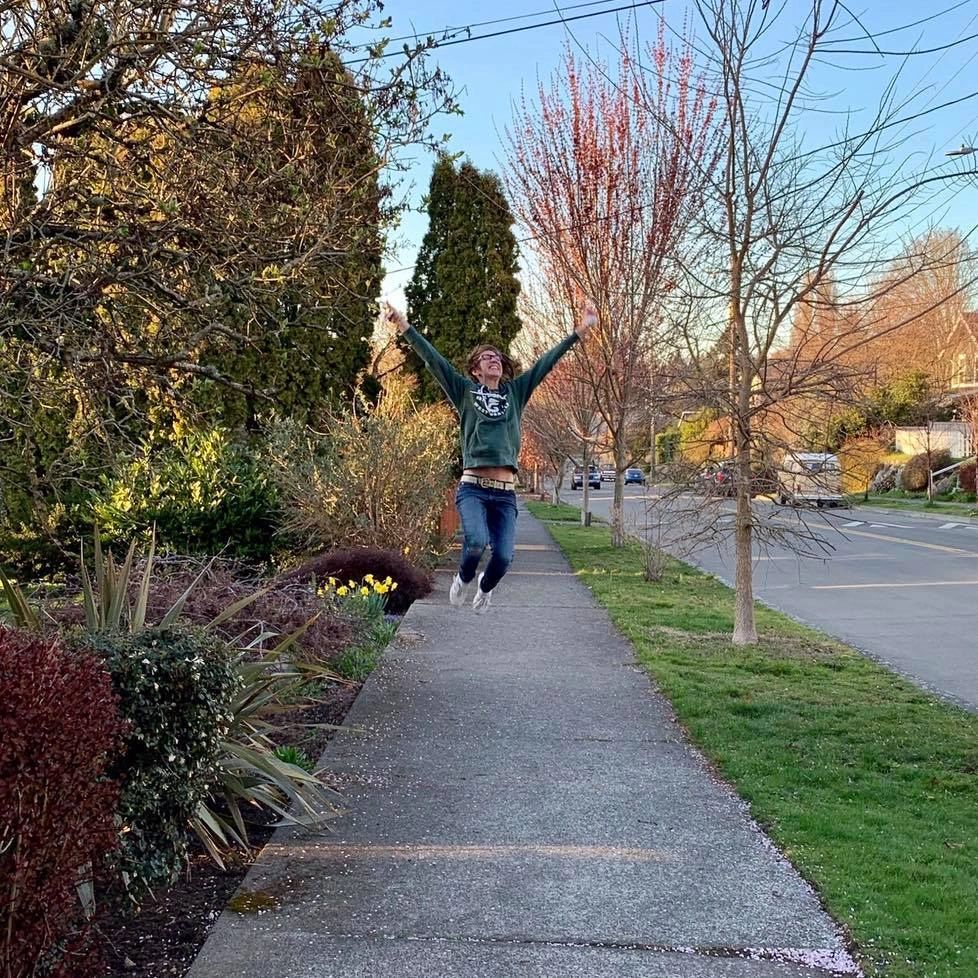 Who is this 'Mantis Fairy'?

Jen Paur is an evolutionary biologist and a mom with a lot going on, but she ALWAYS has time to talk about insects. She is a natural storyteller full of fascinating knowledge in the fields of entomology, ecology, behavior, and evolution.

Jen has been a beetle farmer, a fly trainer, and a lindy hopper. She grew up in the forests off Lake Sammamish near Redmond, Washington, spending most of her days exploring the microhabitats in her woods and resting in nature. Rooted in a deep love of biology, her academic path wound through animal behavior, animal husbandry (taking care of animals), evolution, ecology, and back to behavior, with jobs ranging from exotic vet care to child care and education, as well as quite a bit of swing dancing.

Jen didn't always like insects. After an early career in behavior focused on the autism spectrum, Jen pursued graduate education to explore her bigger ideas about behavior and evolution. She looked at many graduate programs, but the only one that fit her interests was with Dr. Dave Gray... who studies evolution in cricket songs. Jen avoided contacting Dave for a whole year just because she was so averse to insects.

There's a much longer story here, but to get to the point, there's this great fly with the name Ormia ochracea that is largely unstudied but quite interesting. Jen pursued this fly, observing various aspects of its life history. Two areas of research developed: how it overwinters and more importantly how gravid (pregnant) females find hosts.

And THAT is a very good story that you should ask Jen to tell.

With all this, Jen learned that insects are an incredible group for studying evolution. Most radically, they allow her to learn things at and near home that would otherwise be difficult to access (compared to, say, if she had pursued her fascination with the diving abilities of the sperm whale). Insects demonstrate many of her interests and have led her to many more. They are also an animal group that most people are familiar with but don't know much about. Jen loves banking on this prior knowledge to share the crazy facts that she found so fascinating herself, and listeners love the bounty of new information fizzing in their thinker after a conversation with Jen.

Jen and her fly

This is one of the last female Ormia ochracea individuals from the lab, setting her freeeeee on this day in 2009.

What a lovely fly.

Insects, then Primates, and back to Insects again.

Shortly after earning her M.S. in Evolutionary Biology (entomology) and publising her research, Jen began her own personal biology project of rearing two (adorable and really great) primates from conception. This has been the most interesting biology project Jen has ever been a part of and the reason Tiny Science was created.

Active in her kids' schooling, tanks of praying mantises made an early appearance at their preschool. Jen visited regluarly for maintenance and spent quite a bit of time answering (really great) questions from the preschoolers. These tanks and visits were SO POPULAR that Jen was asked to teach weekly entomology classes. That spring, Jen begged and convinced other parents to try a mantis hatching kit (a mason jar back then!)

Since then, Tiny Science has grown into a community resource for science enrichment and fascinating classes, as well as the annual Mantis Madness. Jen has been requested for after school programs, public lecture series, and even an awesome church sermon on pollinators! Tiny Science loves their learners, now online!!

The fly that started it all.

This photo of one of Jen's lab flies has become the standard for the species on the internet!

What a lovely fly.

See you there, totally square.

We eat cookies to analyze website traffic. By accepting our use of cookies, your data will be aggregated with all other user data. No Chocolate Chips were used in this process! Thank you!